The following is a totally made up story about a very real piece of architecture and the Acropolis in Athens, Greece. It is, in the loosest sense of the term, based on historical events.

One day long time ago, some people built the Acropolis on top of a very prominent hill. It was visible from all over the city, and those responsible for its placement patted themselves on the back and said “Oh hell yeah. People are gonna love this thing forever. Its gonna be a crumbling mess and people will still come from all around the world to see it.”

And they were right.

Fast forward… I dunno… like 100 years? Probably more like 1,000. Lets say fast forward 100-1000 or maybe more years later and some civilization is in power and at war and they store gun powder in the Parthenon. The thing gets hit by a cannonball and BLAM.

Fast forward again, and people start to take an interest in historic preservation and restoration. They look at this thing and they say, “You know what would fix this? Lets put in a bunch of rebar to hold it together and lets recreate and rebuild everything man, time, and pollution has destroyed.” They had really great intentions, but they totally botch the project and the whole site is worse off than it started. Rebar is rusting, the added portions look totally terrible, and things basically are not going well.

Okay, now in 1975 people say, “Whoa. You guys. Listen. We gotta do something here because this is really historically significant and we want it to last forever for posterity. What can we do to save the Acropolis and the Parthenon?”  They think about it for  like 20 minutes straight and say, “We gotta build another acropolis with all our modern technology and slowly move everything into the new acropolis we built to save them forever. But one question: Who will design this new museum?”

As they finish saying that, Bernard Tschumi flies in on a hot air balloon and is hired on the spot.

(You can read an abbreviated version of what actually happened by clicking here. It is actually rather interesting.) 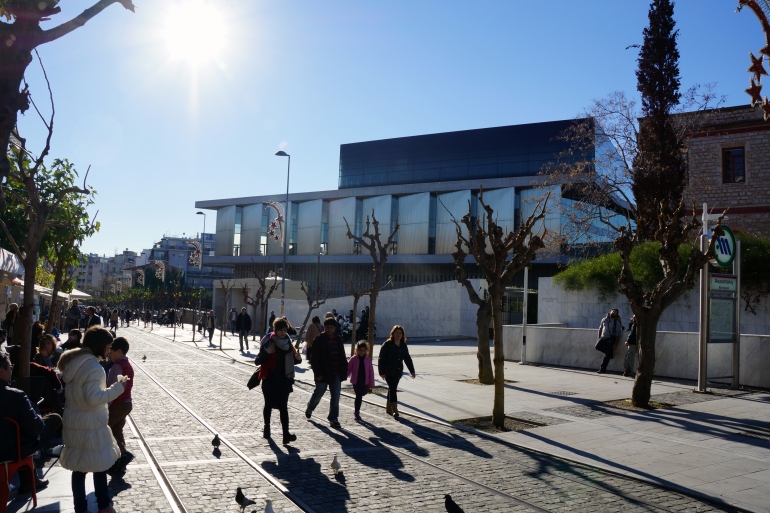 So my version of the story may have taken some artistic license, but the basic plot is spot on. This is the New Acropolis Museum by Bernard Tschumi in Athens, Greece. 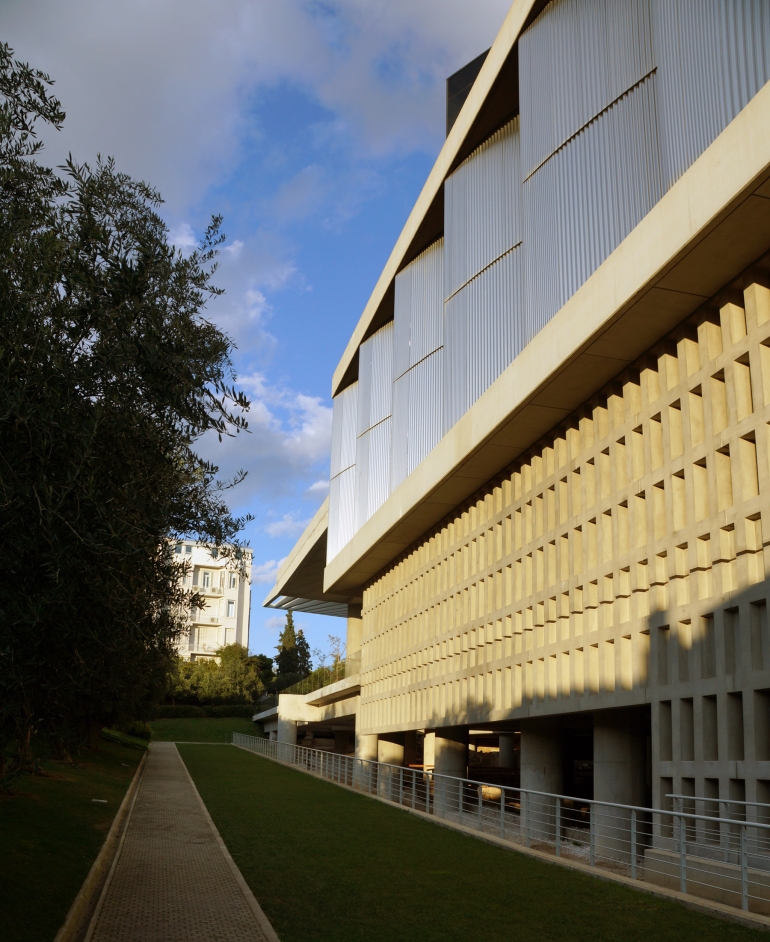 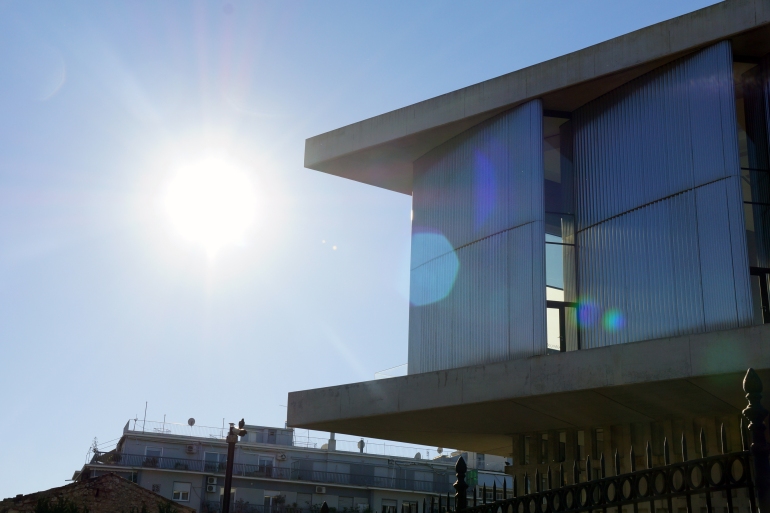 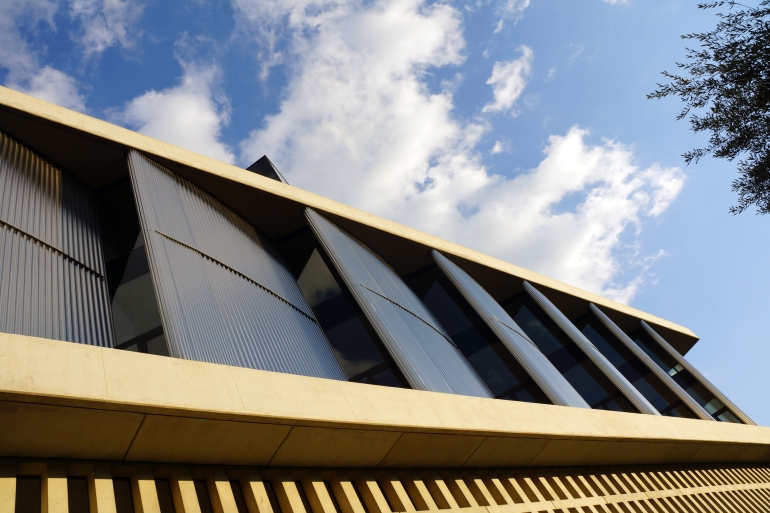 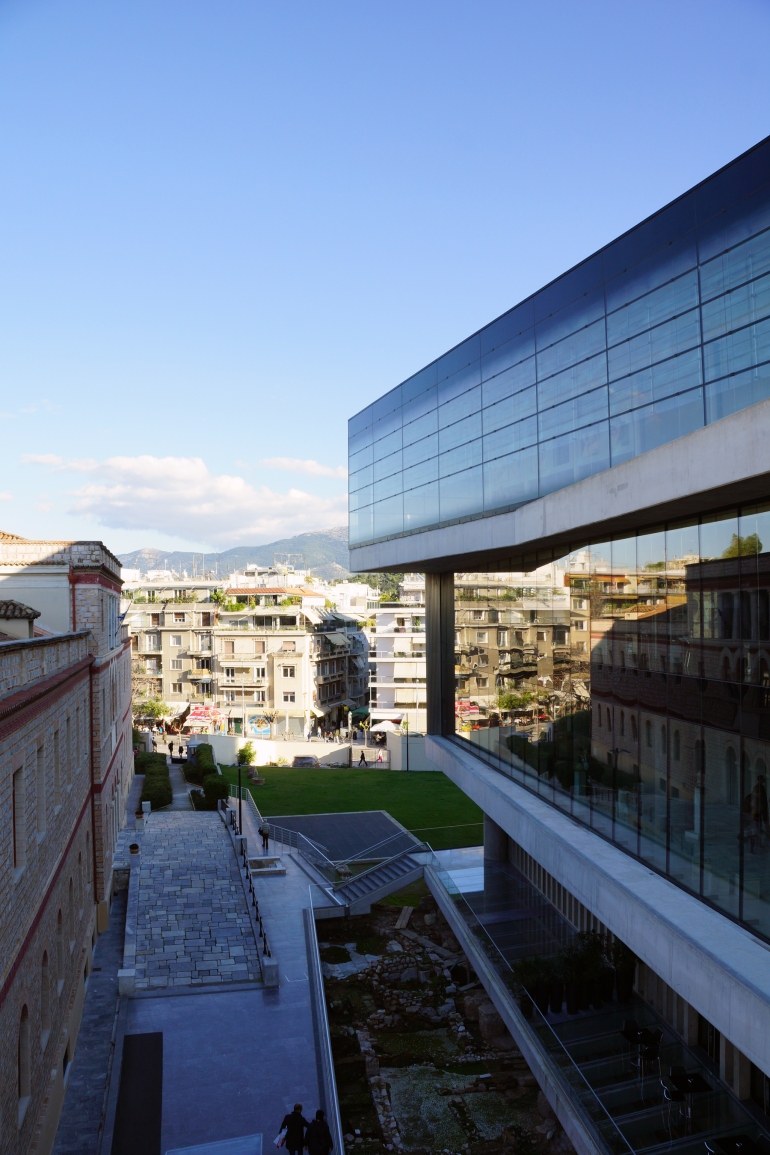 This building is massive. And please forgive me, it has been so long since I visited, I know the building is actually sited ON TOP of some other ruins but I can’t recall what they are… 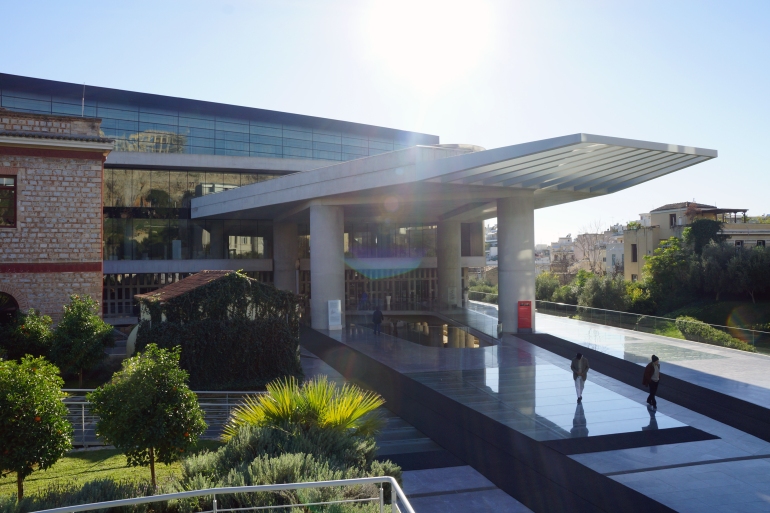 The entry to the museum is under a giant flying canopy. 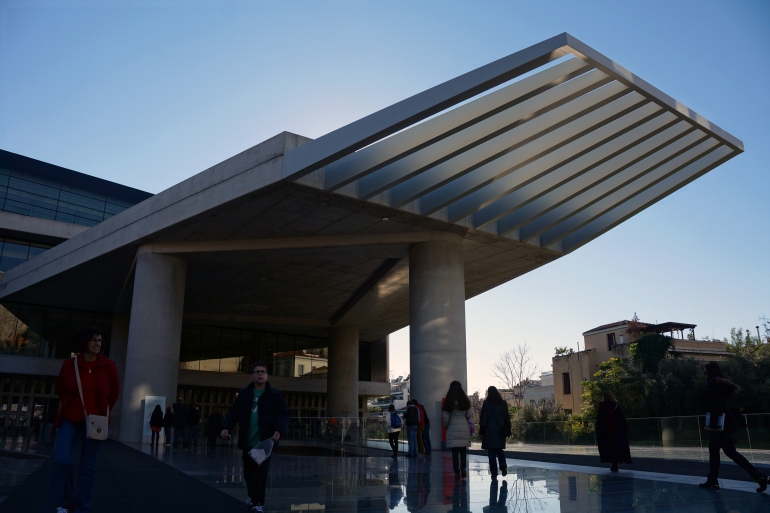 Under the canopy are some exposed ruins, this makes the museum experience begin even before you enter. I think the floor is also glass and allows you to see the other ruins sheltered by the footprint of the museum. 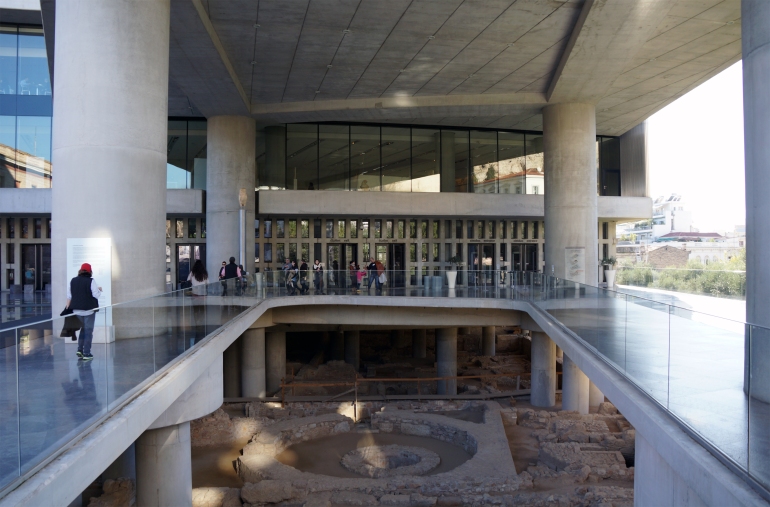 Eventually as you explore the museum, you find that the giant canopy above the entry is a roof terrace to the museum’s cafe. 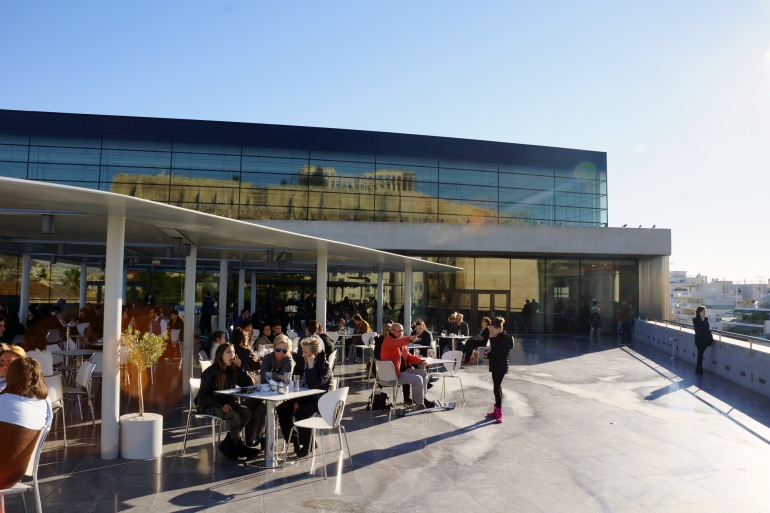 You may have caught glimpses of the glass box on the top of the museum in other photos. This is where my make-believe story gets real. This glass box is oriented the exact same way as the Parthenon is on the Acropolis. This glass box is the new Parthenon resting above a man made hill of Acropolis artifacts. Look at the reflection of the Parthenon in the photo above. Bernard Tschumi wins points for that regardless of this strange strategy for historic preservation. 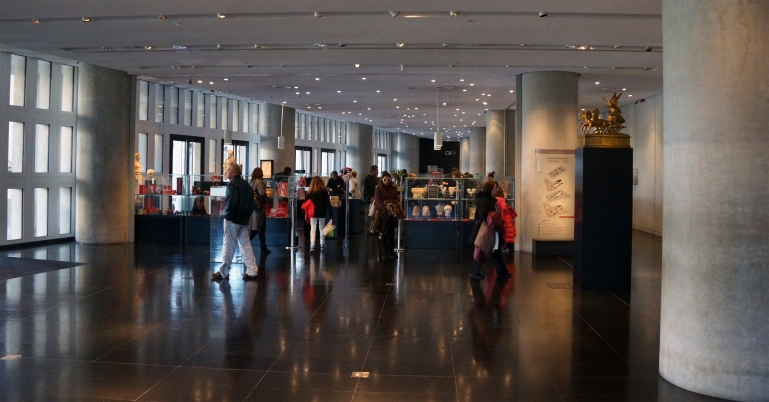 Inside you find all of the standard museum programmatic components. Notice the scattered lights in the museum gift shop. I decided they were mimicking stars in the night sky.

Either that or someone had a field day in Revit placing lights everywhere. 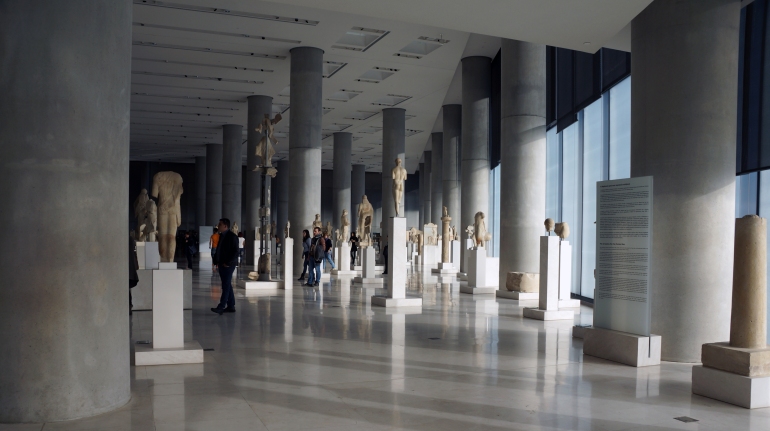 The museum is clean and beautiful. There are many pushy security guards that won’t allow you to take photos. 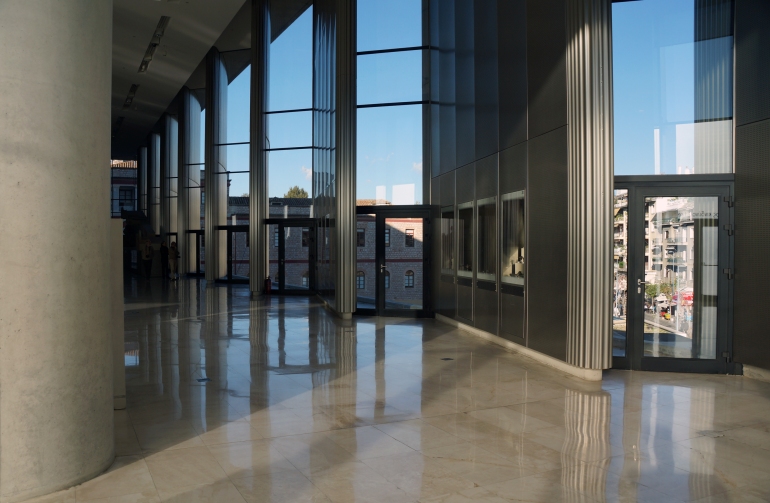 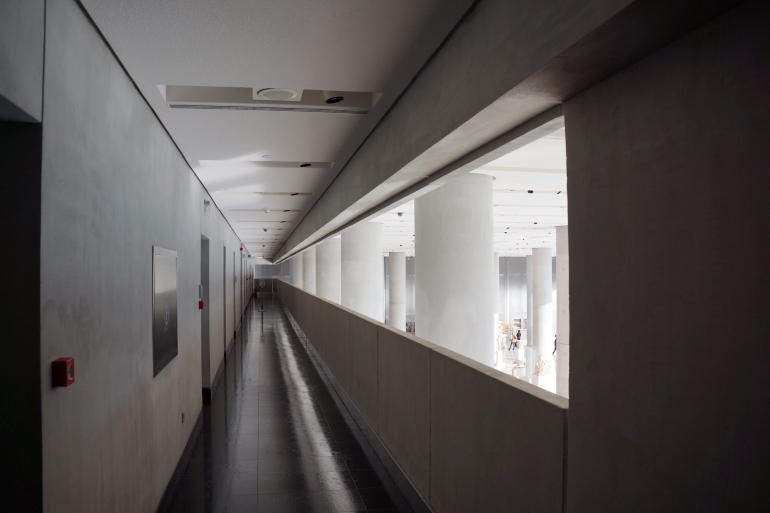 Much of the museum is as beautiful as you’d expect. But the central area is a type of atrium where many floors at different levels all cross and open up. The building really has a spectacular sectional quality. 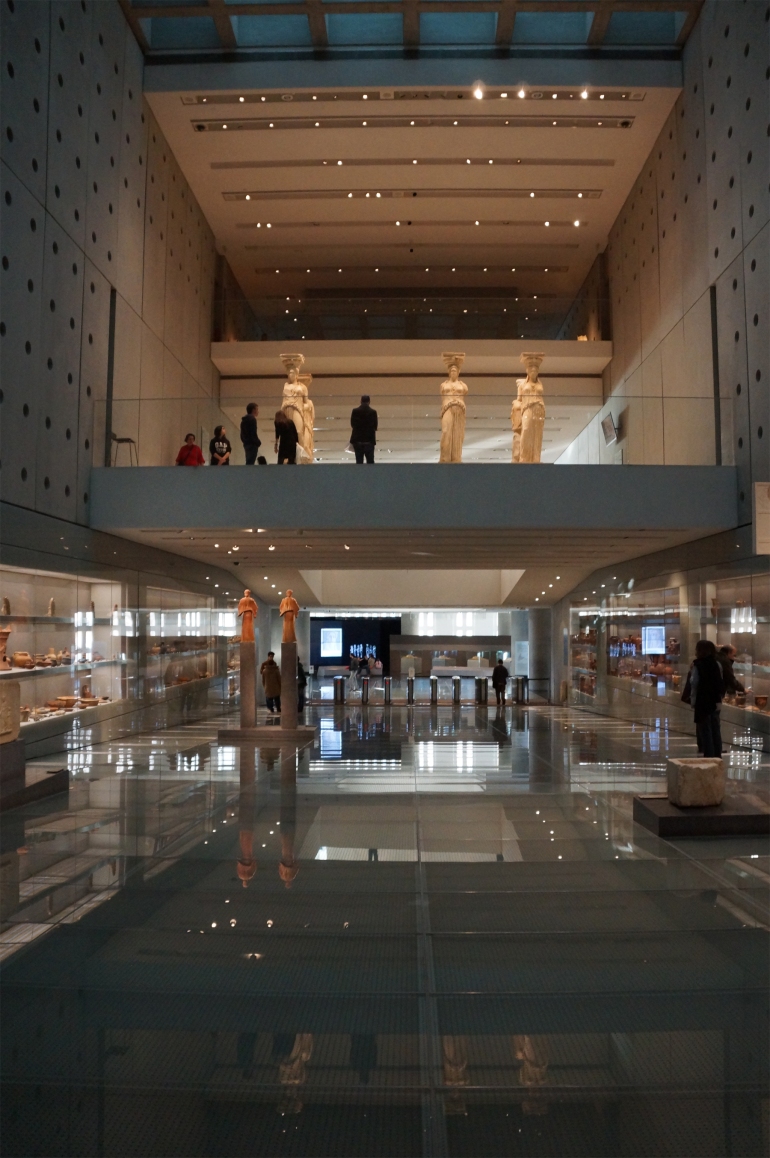 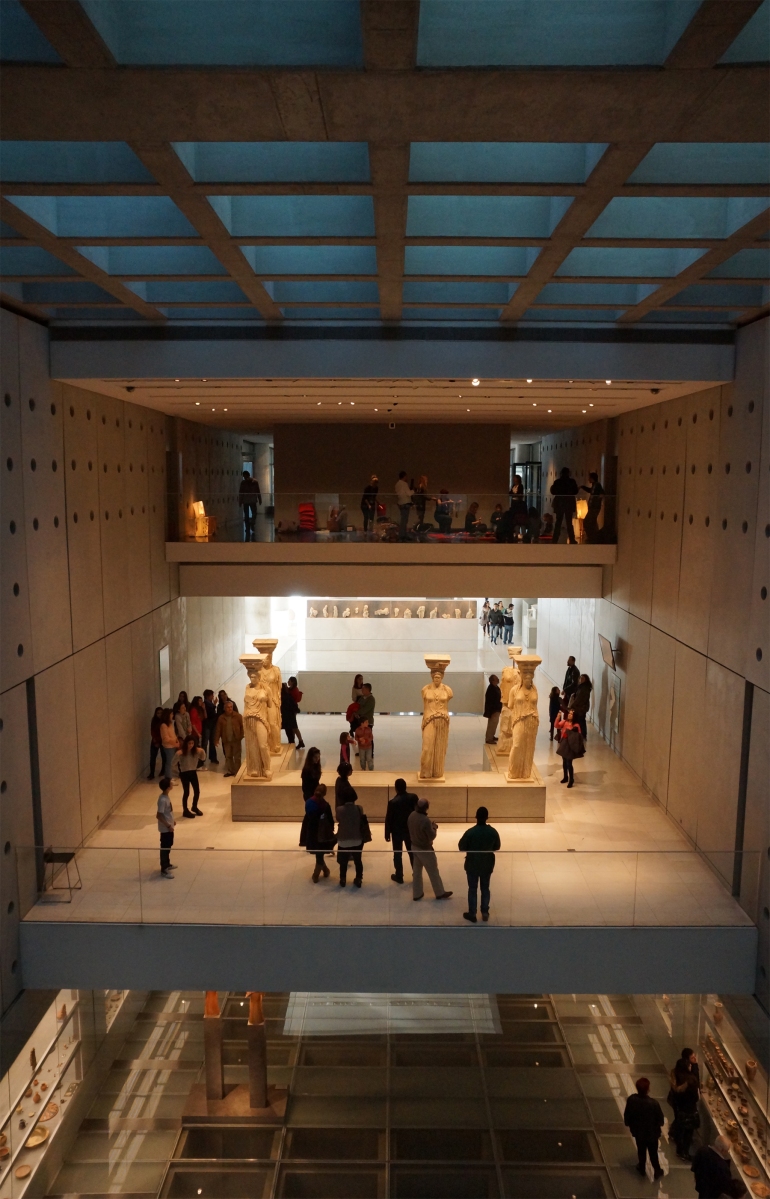 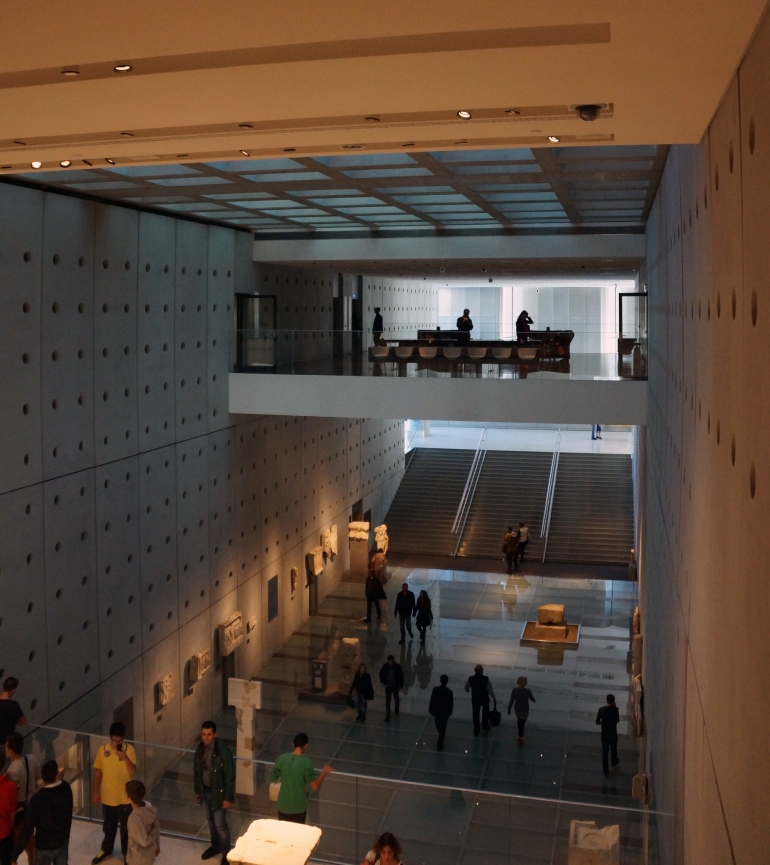 The coolest (and most creepy) part of the museum is glass floors. It is something that is used in multiple areas and can be unsettling. People who are scared of heights may find certain spaces challenging.

As well as anyone wearing a skirt or dress… 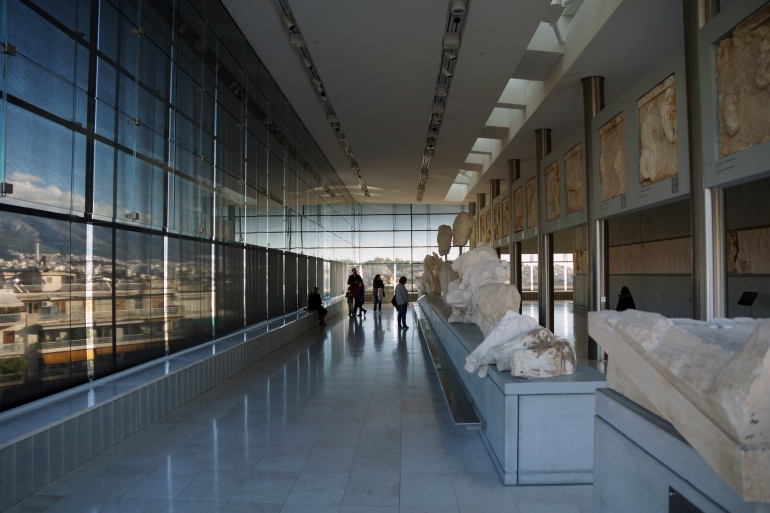 Once you reach the top floor you are in the New Parthenon. Metallic columns match the locations of the original Parthenon and the friezes that are slowly being removed from the Parthenon are being relocated to here. 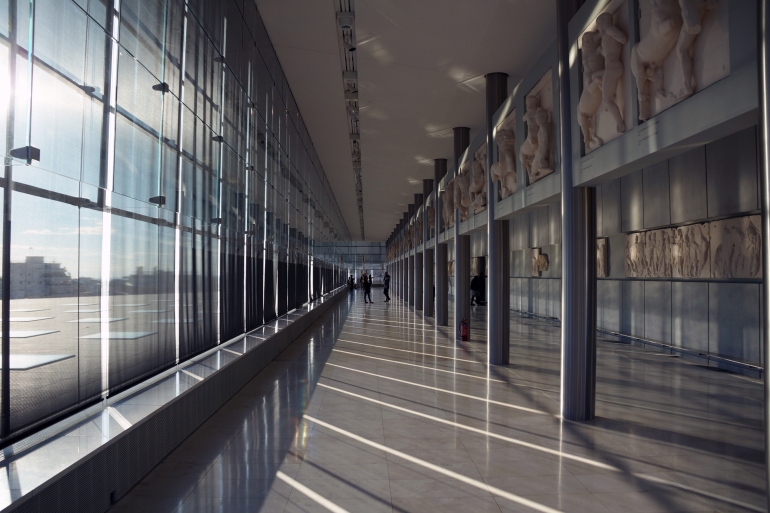 It is a cool idea, but I am amazed at this historic preservation solution. I can see that the decorative sculpture is being saved, but how is this preserving the architecture? 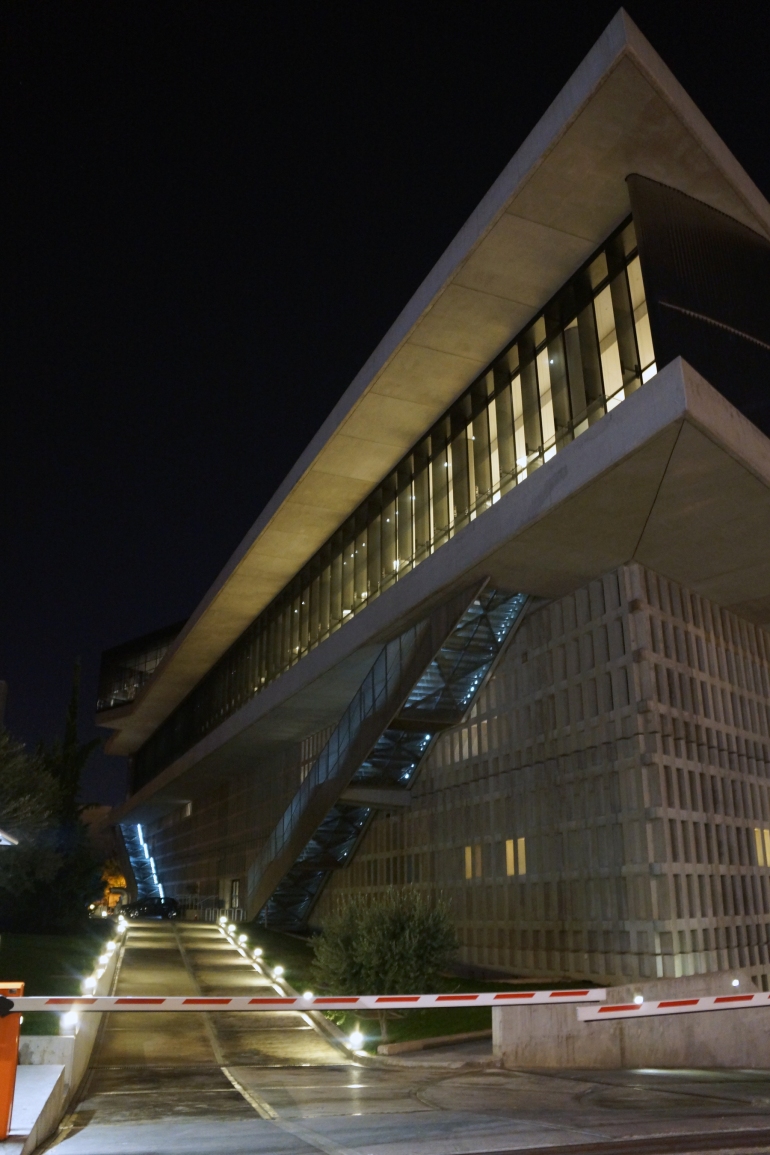 Regardless of your opinion of the preservation strategy, the building is cool. Definitely one of the more interesting pieces of architecture we saw, and perhaps one of the more contemporary in terms of style and aesthetic.

If you go to Athens, you can’t miss it. It is literally gigantic. Even if you tried, you probably still couldn’t miss it.