If you name your church “Church of the Rock”, you should expect to have a Kiss track as your theme song while featured on this blog. Hit play and accept what I’ve done.

Gather round children as I regale you with tails of my travels that happened so long ago that I’ve forgotten the significance of most every photo I’ve taken. This is the tail of the Church of the Rock. In the middle of this neighborhood was a giant rock. The community didn’t mind the rock, but they thought it could be something better. So, they brainstormed as to what the giant rock could be. Eventually, they decided that it should either be a church or a park. After years of arguing about the future of the rock, they decided it should be a church AND a park, so they blew up the giant rock and used the rubble to build a church with a park on its roof.

(DISCLAIMER: I completely made up the story above. I know nothing about the Church of the Rock other than it is a nice piece of architecture)

From the outside the building is rather understated (which seems typical of Finnish architecture), but the roof is a kinda lovely mix of rocky outcrop and urban park.

The interior is (like most admirable Finnish architecture) is amazing and filled with great daylight. (Apologies for any grainy photos, ISO was way, way to high!) 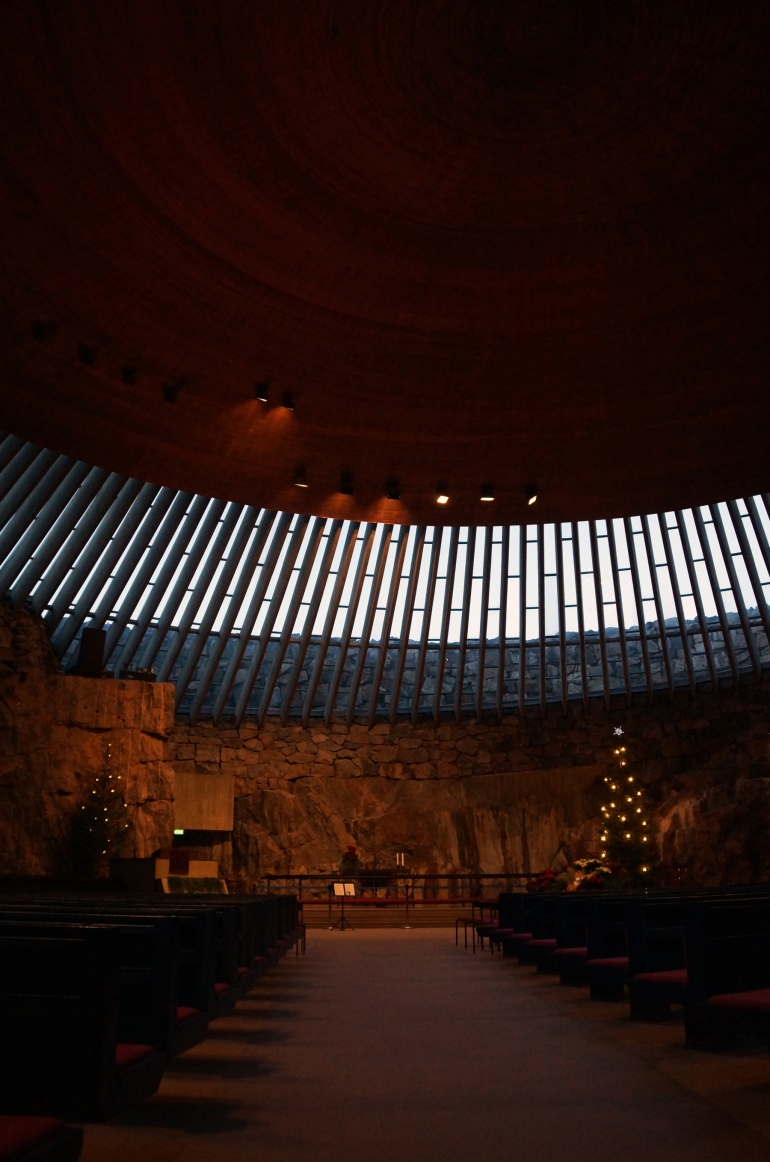 Structural members shoot out of rubble walls and hold up a shallow, metallic dome. The only element present in this giant space is the balcony which is a sharp, angular block that hovers in the back of the church. 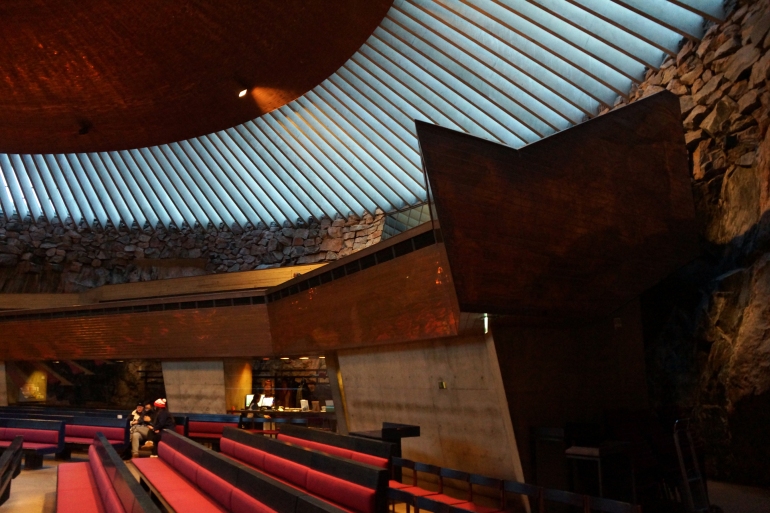 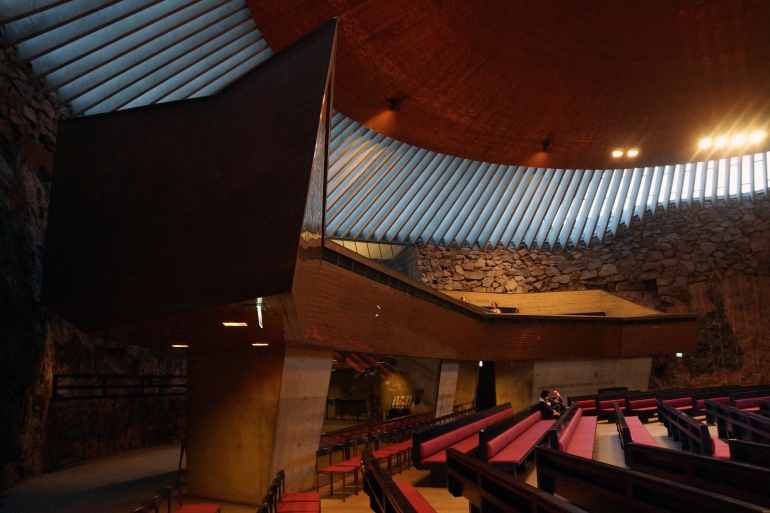 The view from the balcony is rather nice…

But, in my mind, it is hard to beat the interesting geometries born from the colliding structural systems. 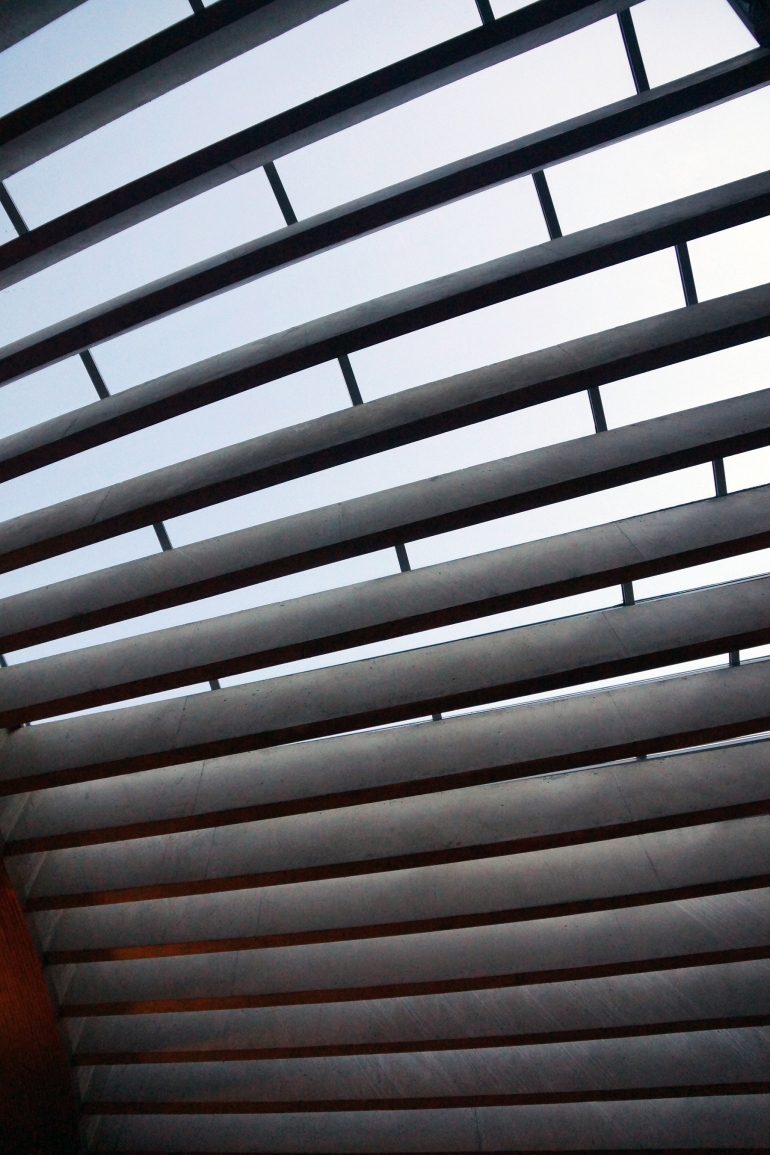 *”FAVORITE PHOTO IS NEXT” ALERT*

I doubt that someone would visit Helsinki and not see this church. It seems to be a tourist attraction, and for good reason.

Go here. It is cool.

I’ll try and post again soon, but I’m mostly focused on finishing one last term of grad school. And finding a job. And planning out the rest of my life. And getting rich quick so I can retire ASAP.