In a rather new portion of the University of Oregon’s Eugene campus is a small glass box that looks different than all of the other buildings. While it literally just looks like a glass box, there is something… special about it. 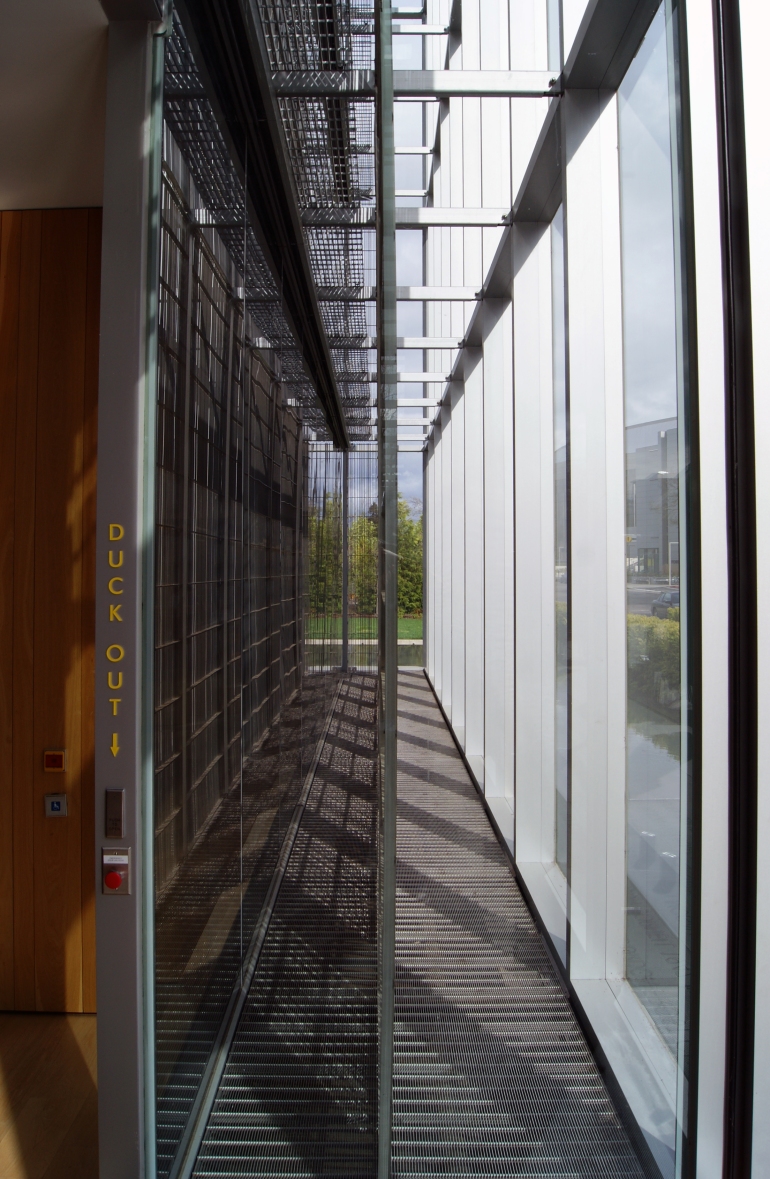 The building consists of a double shell exterior (though it seems it should be called a triple shell exterior…) that is meant to contribute to the sustainability of the project. Something along the lines of a passive heating/cooling system or a passive ventilation system. Either way, I’ve only ever heard it doesn’t function very well.

In a stark contrast, the exterior of the building is entirely made of glass while the interior is a collection of varied and expensive materials arranged in a vibrant and playful manner. It is a very colorful surprise!

The building functions a student center for ATHLETES ONLY. While visitors are welcome to tour the lobby and eat at the cafe, unless you are an athlete (or know one) you are not allowed to the other floors. While it is a very fun building, there is still something very… very… special… 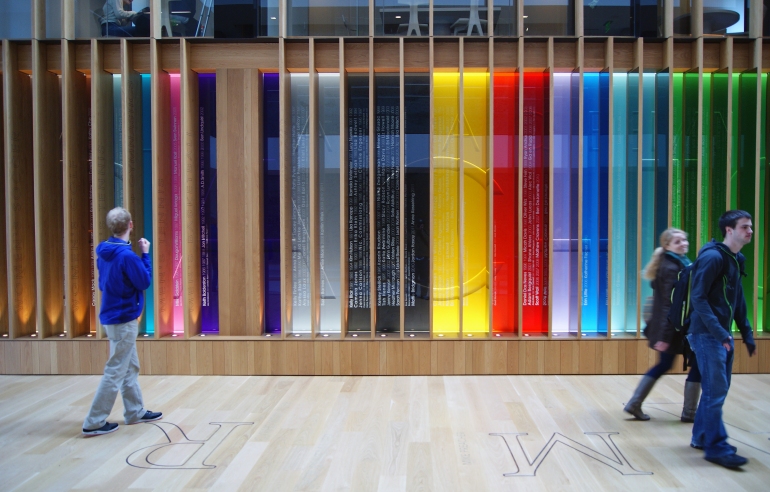 After researching the building, I discovered exactly what was so special about the building. A $41.7 million dollar budget. For a 37,000 square foot building, that is roughly $1,100 per square foot. (AKA very expensive). This example of architecture is the definition of a blank-check building, and the architect’s seemed to take advantage of that fact! Though it did seem extremely over the top and a bit elitist, the space is very nice and has the ability to laugh at itself (Shown here in the signs found around the lobby). 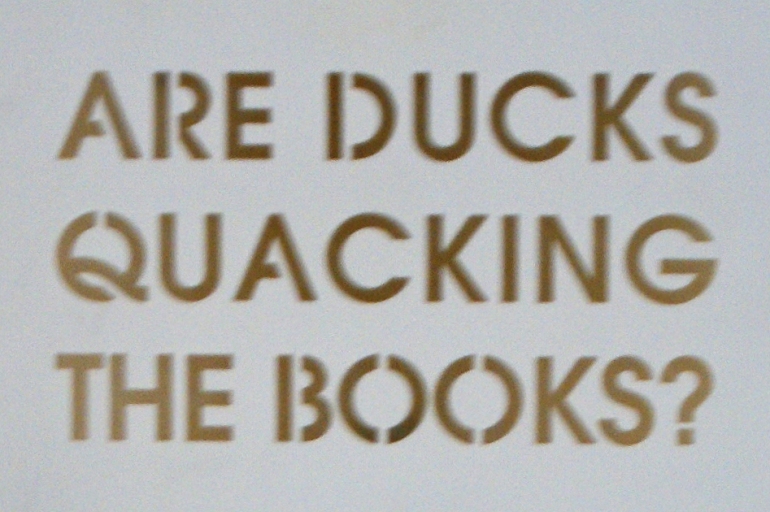 Though there may be some sort of controversy surrounding this project, be it architectural, social, or otherwise, it is a very nice building and I look forward to visiting it occasionally.

Now all I need to do is get good at a sport. Do you think bowling counts?