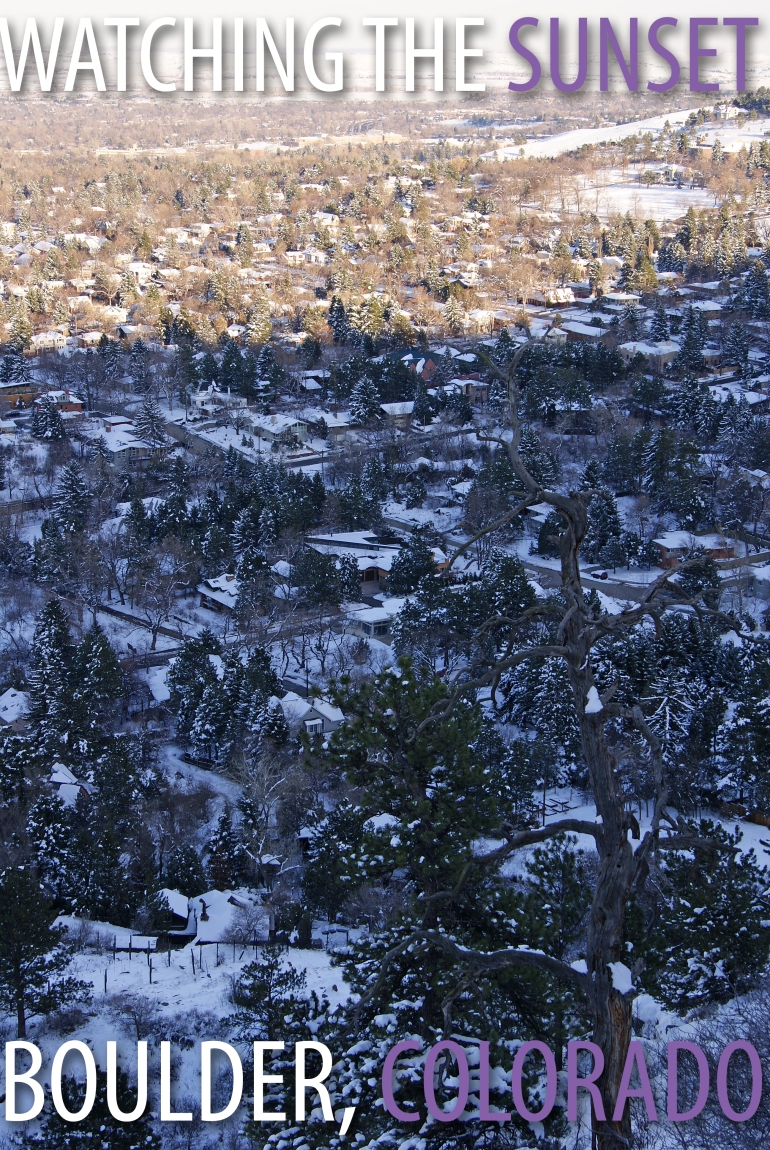 I happened to be driving through Boulder as the sun was setting on a snow covered evening. As I was reaching to grab my sunglasses to shield my eyes from the blinding sun, I suddenly passed into darkness. It occurred to me that I had entered the shadow of the mountains that border the entire city of Boulder. So I quickly drove to the Flagstaff look-out and stopped to try and capture this growing shadow. 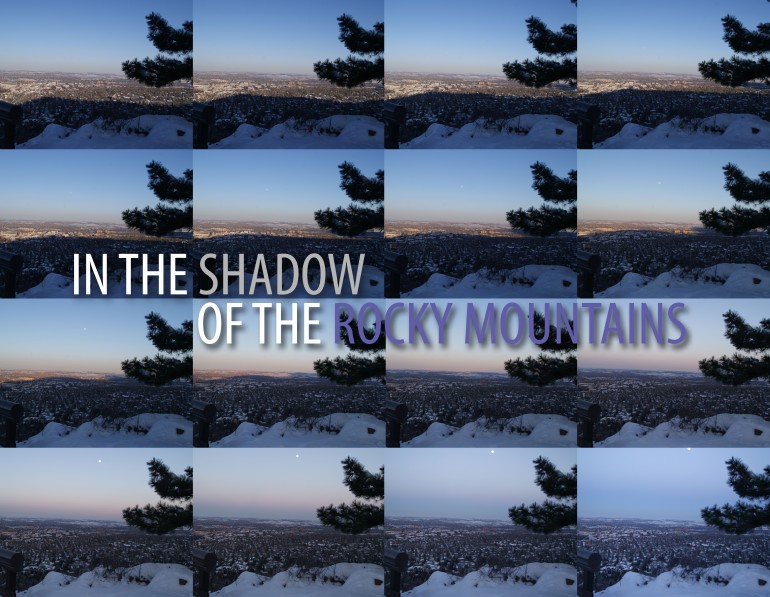 This isn’t exactly time-lapse photography, but the idea is similar. I did not take nearly enough photos to make a fluid video. Nor did I have a tripod with me at the time. Nor did I have the will to stand out in the cold and hold the camera in position over the course of the hour and a half I spent there.

I wish I had been able to stay until the sky went black and boulder lit-up, however shortly after arriving to the look-out my bladder sent a message to my brain informing it that it was full and needed to be emptied immediately.

Though these images might not be that interesting, when overlaid you really get a sense of the movement of the shadow and the role it plays in the coming of the night. 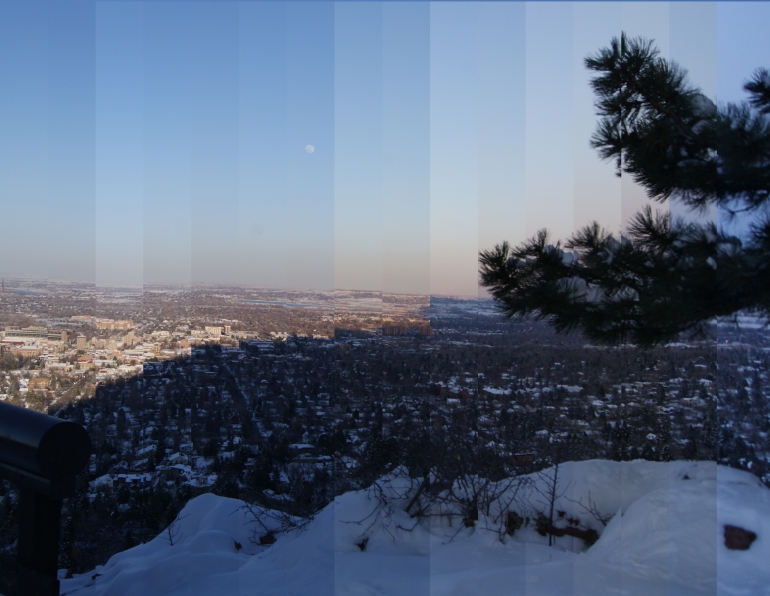 Hopefully next time I’ll get to try capturing this event over a much longer period of time.

Perhaps next time I’ll remember to bring an empty bottle…