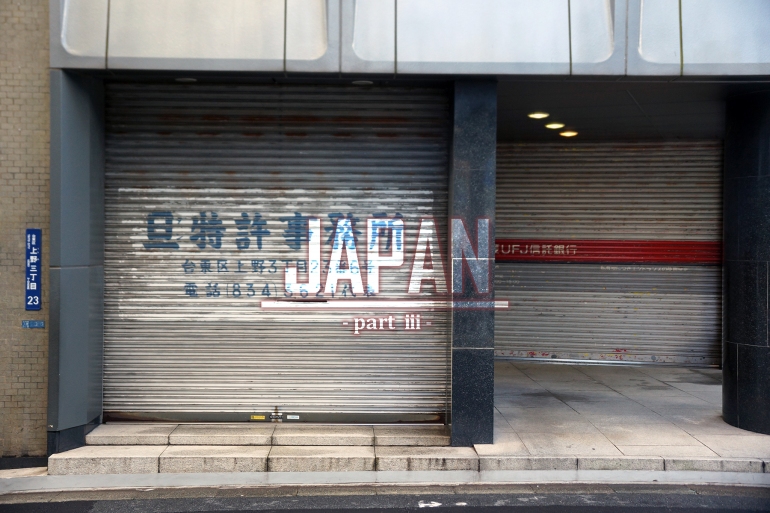 Okay, this is the third and final post about Japan, and it’ll be a little different than any of my other posts. For one, it will almost be completely composed of pictures of me and my travel buddies, and as many interesting Japan stories as I can remember.

Item One: The Cities

We definitely hit some of the more popular cities in Japan, and it showed. It was frequently a bustling scene with large crowds and lots of people. I think people typically associate this imagery with Tokyo, but we experienced it in Osaka and Kyoto as well.

People generally seemed to be in a hurry to get to their destination. Although we avoided the metro during rush hour, it still got pretty crowded. However, regardless of how busy it got, people were generally very respectful, quiet, and kept to themselves. 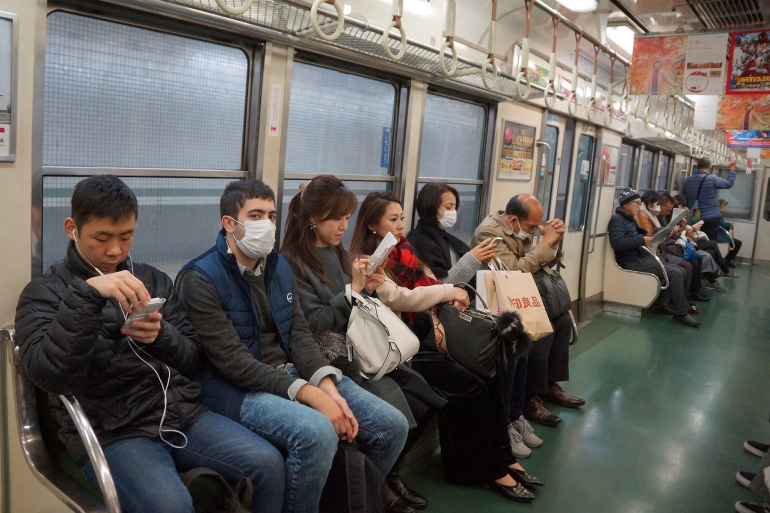 You see the face mask regularly and cousin Tarik decided to join the trend. I’m not sure if those that wear them are trying to avoid getting sick, or if they are sick and are taking care not to get everyone else sick. Regardless, the facemask fashion scene was prevalent, and you could get different colors and patterns at the local shops. 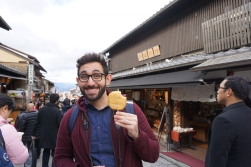 My perspective on Japanese food might be skewed as I don’t eat pork and a large part of Japanese cuisine (from what we experienced) was pork. On top of that, we didn’t put a lot of effort into finding the best spots to eat or making reservations (something I would recommend people do if cuisine is an emphasis for their trip). We did go to many different types of restaurants ranging in price and formality, but for the most part I felt Japanese street food was THE BEST.

In Tokyo Disneyland they take popcorn to another level. There are MANY different flavors of popcorn and it is a large part of Tokyo Disneyland Culture. The locations of the popcorn stands where you can find each flavor are marked on the official park map. Flavors included things like chocolate, blueberry, caramel, and my personal favorite curry.

We maybe had some issues with language barrier at times, and when you have dietary restrictions it can be an issue. For example, I accidentally ordered a non-alcoholic beer in Tokyo Disneyland. If I had known any Japanese, this could have been avoided. If I hadn’t assumed everything on the kid friendly part of the drink menu was soda pop, I probably would have been able to order a melon soda or even just a regular coke. Instead I picked the one item I didn’t immediately recognize for the sake of being adventurous… You live and you learn.

Look at that mountain of cotton candy. It is beautiful, it is instagrammable, it is more sugar than any one person should have. We managed to have a few in the group (3 mountains of cotton candy for 4 people). But this transitions nicely to the next item…

I’m not sure what it is about Japanese Culture, but “Cuteness” is very important. I have never seen as much cute stuff as I did in Japan. Food was cute. Corporate mascots were cute. Train safety signs were cute. EVERYTHING WAS CUTE. 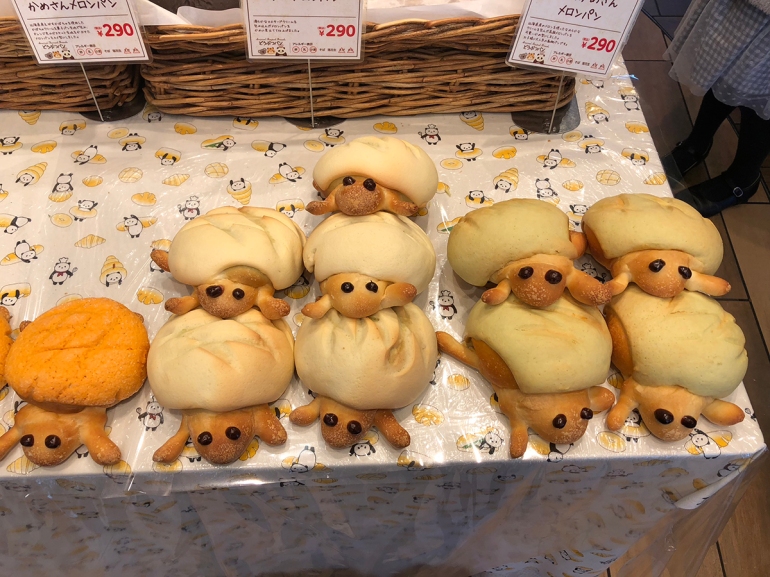 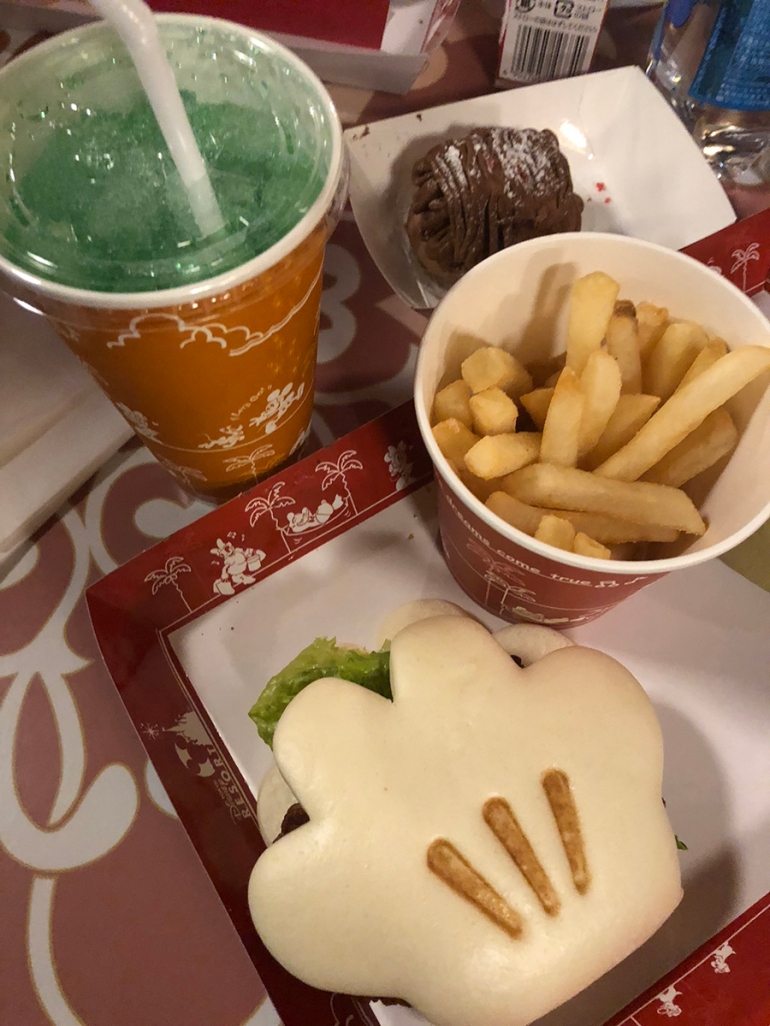 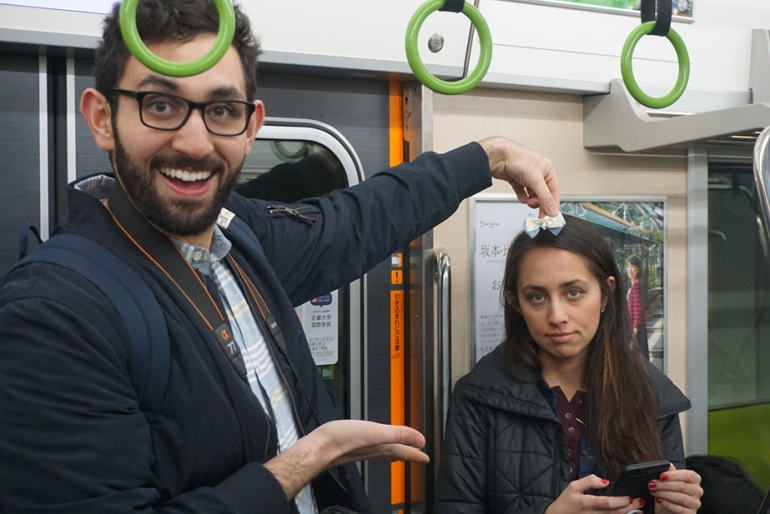 We even had the chance to use a Japanese photo booth in one of the arcades. It is essentially the OG snapchat filter photobooth that makes things “cute”. They instruct you on how to pose in the photo booth, then you move to the next booth to decorate your images.

I’m calling this Japanese heritage, but in a lot of ways it is just tourist stuff. Example: samurai swords. There is something historically significant about samurai swords. But I don’t know that many average Japanese people own them. However, everywhere you’d expect to see tourists, samurai swords aren’t far away.

Same goes for tatami mats. I didn’t get a strong understanding of whether tatami mats are prevalent in the average japanese home, but 2/3 airbnb’s we stayed in had them, and to be honest that was a major factor in selecting our lodging.

Kyoto, being the more historically rich city, was full of these culturally/historically/Japanese-whatever-y things. People would be wandering the city in traditional Japanese clothing that they rent from local stores. Even Japanese tourists from other parts of Japan were participating in this experience. 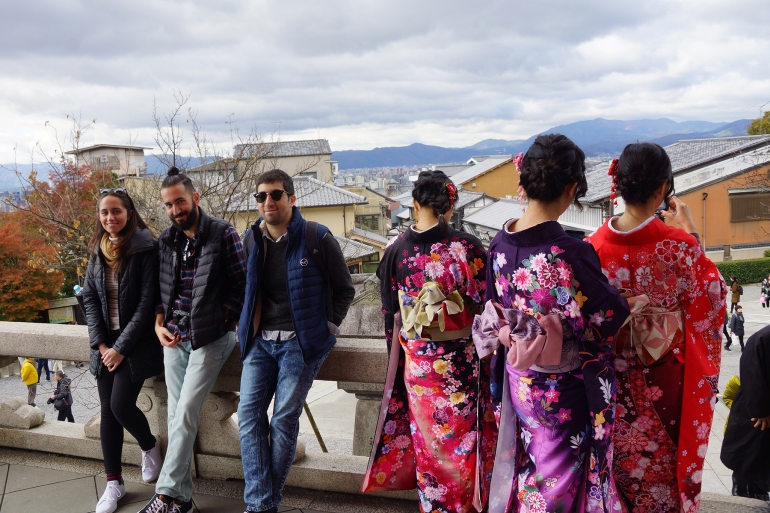 Cities in Japan were large. But in terms of scale they are very… intimate? I’m not sure that is the word I’m looking to use, but follow this train of thought. Even by American standards I am a large man. I’m 6′ 3″ and I weigh more than you can count on two hands. So even at home I find myself in situations were I am “too big”. Now imagine being in a country where you are at least a full head height over the average population and can see down the street where most people are drowning in a crowd.

You can imagine that size differential impacts you in certain ways. 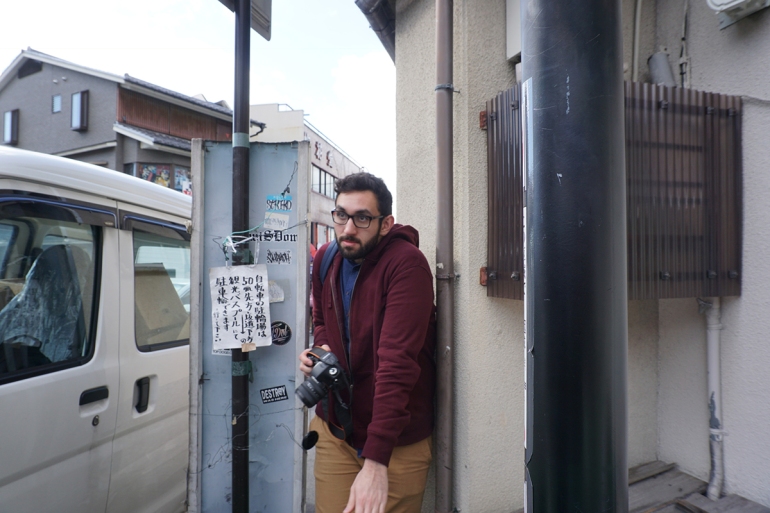 I don’t have many examples to show of this. But a good one is the following story:

While at Tokyo Disneyland, we were rushing to get in line for a small roller coaster. There was a nice young Japanese lady working the front of the line whose role is typically to guid people to the correct line and ensure that children are tall enough to ride. This nice young lady stopped me and pointed towards the height measuring station. We all laughed assuming it was a cute Disney employee joke. Of course I’m tall enough to ride. The issue was, I was almost TOO TALL TO RIDE.

We saw more examples of this that we didn’t necessarily photograph, but Japanglish is a real phenomena that was usually pretty funny. Japanglish is essentially strange uses of the English language that don’t really make sense, mis-spellings, and in general odd phrases. Examples:

I do love bread, but why is that on a mug?

After we saw this we regularly quoted that line from Dr Dre’s “The Next Episode” of recent meme infamy as: “Smork weed everyday.”

MAN. Singular. Not Plural. This room. It is for MAN. You must be MAN to enter.

Okay, I think we have sufficiently covered everything I want to record before I forget all these details. I don’t have much to say about the remaining images. Just enjoy. 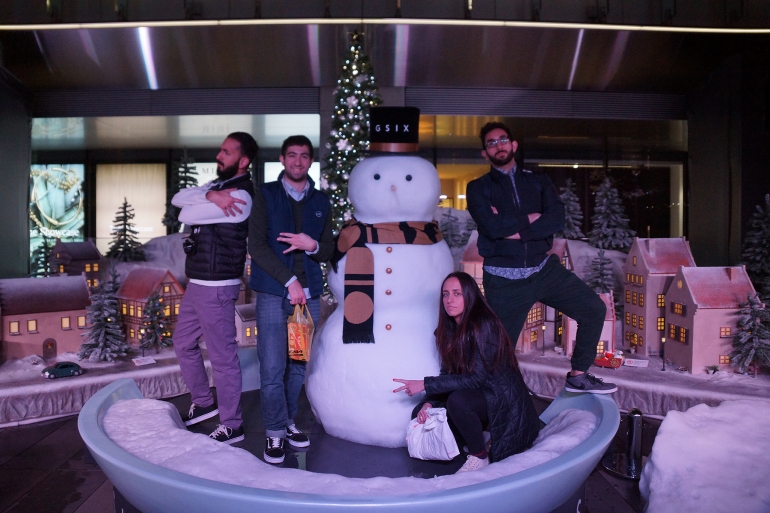 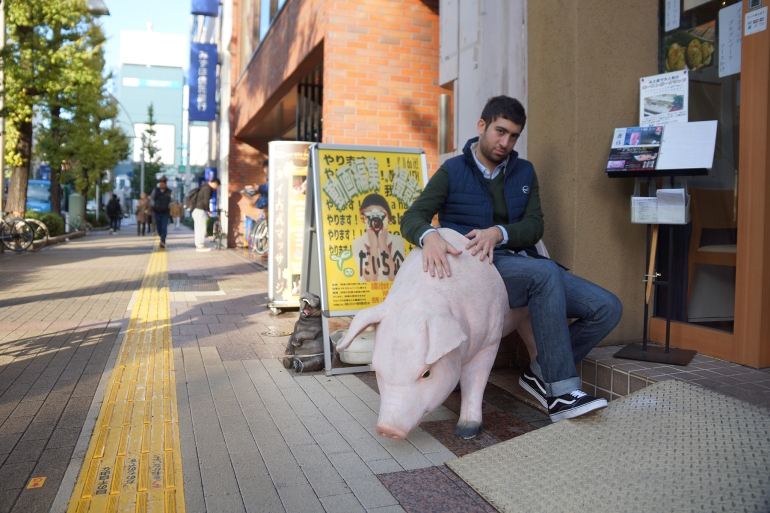