Occasionally I’ll drive past a building or area that I think looks interesting and I make a mental note to one day go back there and photograph it. Usually the building or area is actually rather interesting, but upon attempting to photograph it I am sometimes disappointed with the results. I know I could have picked a better time of day or perhaps used some more advanced photographic techniques, but for some reason these three pieces of architecture were not acting very photogenically. I should blame myself, but I won’t.

It is the fault of the buildings for being so… so… not good at posing for pictures.

I don’t know what a career high school is, nor do I care. I just want to know how these kids got to go to such a beautiful building instead of the jail full of lockers and corridors most people go to. The exterior was rich in materials and incredibly simple in design, but was so massive that I did not get a single picture I felt did it justice.

The interior of the building could have very well been more spectacular than the exterior. Unfortunately, I was asked to leave before I could get a decent photograph. Haha!

This was the main reason I noted this area as photo trip worthy. Even from on the highway it is apparent that this isn’t an ordinary building. Green Copper, grey steel, brown stone, and red(ish) brick make up both the Police Safety Building and The Summit, and both are a unique combination of intersecting planes and masses. I use words like interesting and unique because… Well… I don’t really like them. Speaking strictly from an aesthetic standpoint, I thought the green mixed with grey, brown, brown, and brown water was a bit much. The entire building came across as sort of… muddy.

In the front of the building there is a fountain that I thought was beautiful. I enjoyed the charcoal stone significantly more than the brown-brown-brown color palette used everywhere else. 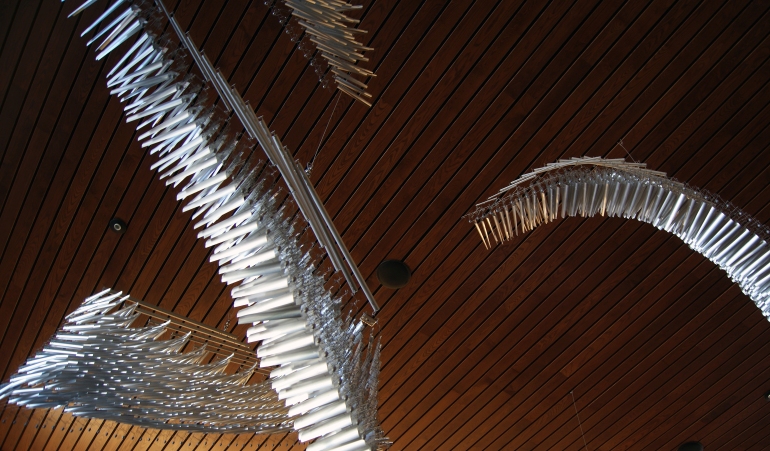 The Summit seems to be a very nice recreation center with exercise and swimming areas as well as a pool hall, movie theater, garden, and cafe. However, the best picture I took was of a statue against a brick wall… 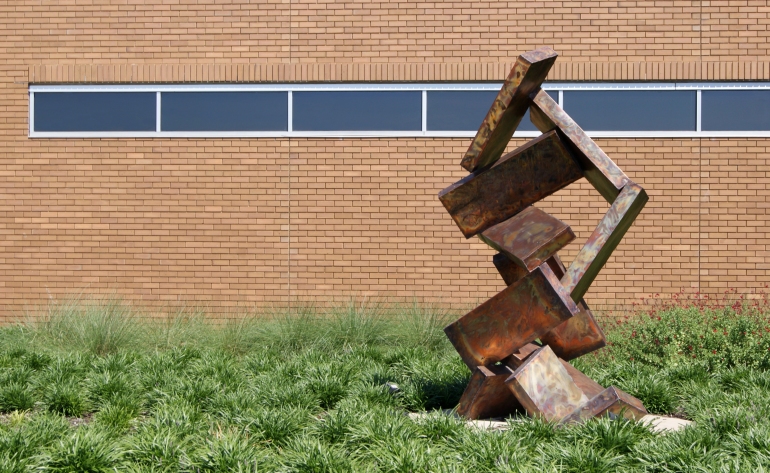 While I did enjoy seeing these buildings in person, they served as an example of something that is pleasant in real life but does not photograph well.