I’ve been meaning to post this video for a while now, but it constantly slips my mind. It should have been “On The Screen: September”, but September has come and gone.

Jacque Fresco has been a designer/inventor for the majority of his life, and has completed a staggering amount of work. However, he is most notable for his designs depicting the future world. The film Future by Design is a sort of biographical documentary discussing Fresco’s life and work. He designs literally everything; cities, buildings, homes, cars, furniture, even plumbing fixtures. In fact, my most favorite idea Fresco shared in the film was the design of the sinks of tomorrow. He describes that they will use a single ribbon of water to cut the soap off the hands. Its quite the image, but isn’t too far from realization. Dyson has realized this method is effective for drying hands, and could be just as effective for washing hands. 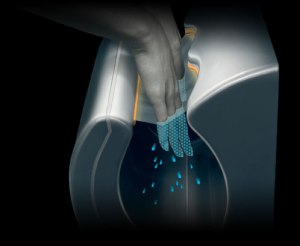 Perhaps my only criticism, if I’m in the position to criticize such an accomplished man, is that he never actually follows through on any of his designs. He is the definition of a “Paper Architect”(Though in this case he does much more than architecture). For example, the ribbon sink is a brilliant idea, but it’s just that. An idea. Without any work on the finished product, Fresco is just a factory for lost ideas.

Regardless, the film is inspiring and its fun to watch Fresco share his ideas. His way of talking is rather entertaining. Imagine that you took your average grandfather, made him a genius, told him to talk like a genius, and gave him the ability to draw. The film is a bit long and it can get boring at moments, but if you can sit through his prophetic rants then I think you’ll walk away with some good stuff in your brain.

Verdict: Try a small portion of the film and go from there

The first ten minutes will probably tell you if you can stomach more. Sometimes its difficult to take Fresco seriously, but I think its worth knowing about this undercover genius.

There was an error retrieving images from Instagram. An attempt will be remade in a few minutes.