n. A book of comics strips or cartoons, often relating a sustained narrative.

It is safe to say that comic books, in one way or another, have affected everyone. Most people are exposed to them at a young age, following their favorite super heroes and heroines one issue at a time. It seems to be a phase in life that either leads to newer and more “mature” fads, or becomes a life long hobby (Though it is important to note that comic books can be more “mature” in their nature and can contain content unrelated to super hero mythology).

There is a strange appeal to comic books in general, having to do with the relationship between text and graphics. Novels allow the reader to paint a world limited only by their imagination, creating a reasonably unique experience per individual. Comic books, on the other hand, have the ability to allow the reader to understand things without reading. There is an art to what must be written and what can be visually communicated. The best comic books, in my opinion, are those with the least amount of text. Comics that rely solely on graphics to communicate plot lines and information are incredibly beautiful, fun, and clever. 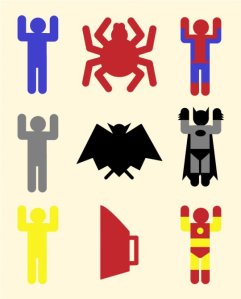 In my experience, the value of comic books extends beyond entertainment. The comic book’s ability to graphically communicate ideas has been an incredible precedence for me in life. Though most comics are typically narratives in that they are based around a plot line, the comic style can be incorporated into any presentation.

Timeline of my Life: created for World History class in high school

I have on multiple occasions used a comic book as a template for school projects, taking a topic that, for me, would otherwise be boring or difficult to enjoy and turning it into a project that I can spend countless hours on. For example, a comic created for my calculus class in high school that I recently found in a hidden folder.

Timeline of my Life: created for World History class in high school

The comic’s plot is incredibly similar to an 80’s action hero film and the illustrations, text, and sensibility are childish and juvenile. However, this project was infinitely more enjoyable to make and present than a simple essay or power point about calculus and makes me laugh endlessly each time I read it. 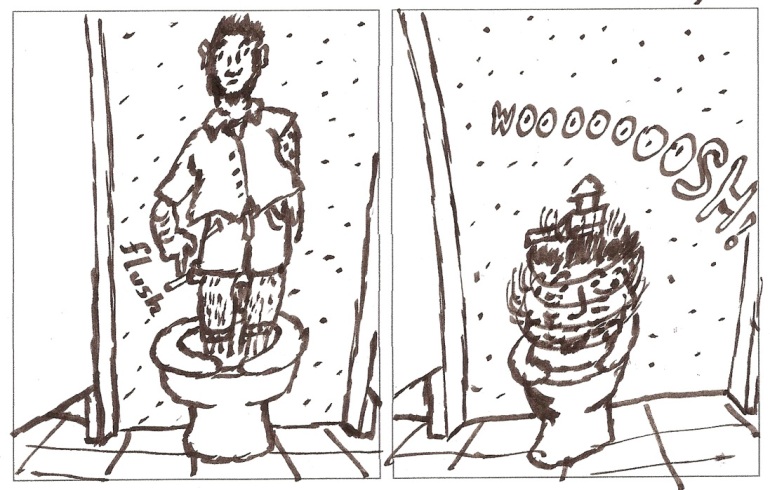 Architectural monographs are similar to comic books in that they rely on images as much as (if not more than) they do on text. A person’s ability to graphically communicate ideas is an essential part of any effective designer’s skill set. Comic books can and should serve as precedence to all architects and designers either completely literally (like the archicomic “Yes is More”) or in a more partial sense (See Edward Tufte’s “Envisioning Information” and “The Visual Display of Quantitative Information”).

If you take away anything from this post, let it be that its okay to read comic books. In fact, it’s good for you.

With that said, I need to catch up on the Amazing Spiderman.